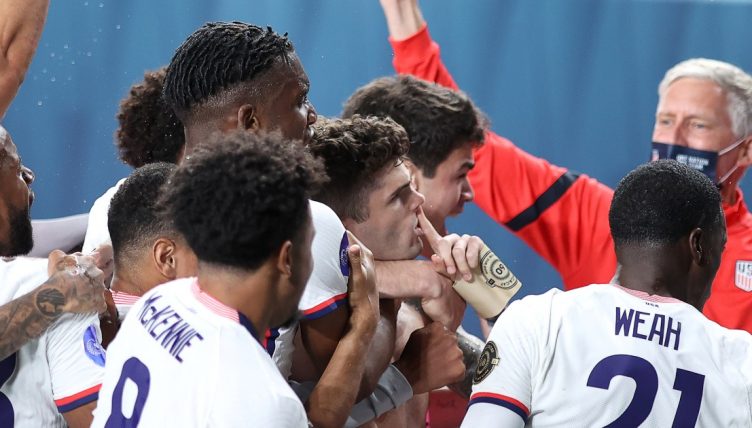 Chelsea‘s Christian Pulisic was at the heart of the drama as old rivals USA and Mexico played out a wild and dramatic final in the inaugural CONCACAF Nations League.

A 3-2 victory for the States secured a second piece of silverware for Pulisic this summer, following Chelsea’s Champions League triumph last month.

The USA needed to come from behind twice to take the match to extra time, with equalising goals from Borussia Dortmund’s Gio Reyna and Juventus’ Weston McKennie, before Pulisic scored the match-winner from the penalty spot in the 114th minute.

But Pulisic’s match-winner wasn’t the end of the drama; Club Brugge goalkeeper Ethan Horvath saved a Mexico penalty right at the death, sparking wild scenes of celebration on the pitch and in the stands.

As the Chelsea forward was running down the clock, in the eighth minute of injury-time, he was on the receiving end of a late, frustrated challenge. This sparked a skirmish between the two sets of players, right by the touchline in front of the visiting Mexico fans, who pelted the throng of players with cups.