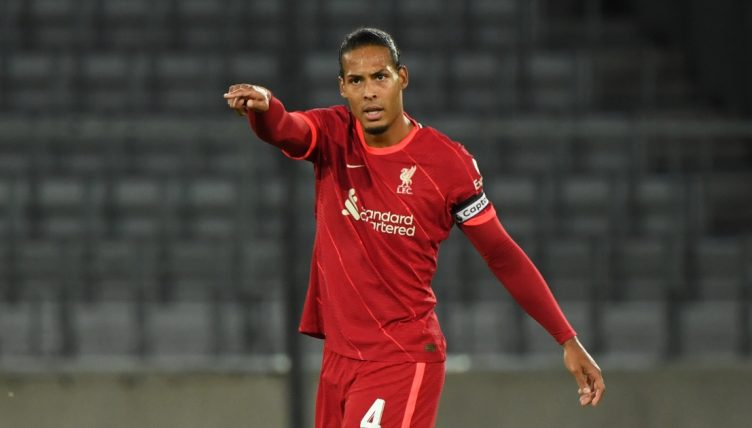 It’s 285 days since totemic Liverpool defender Virgil van Dijk suffered a horror cruciate ligament injury in the Merseyside derby against Everton, and 260 days since Joe Gomez suffered a knee problem whilst away with England. Finally, the two of them are back out onto the pitch.

Liverpool’s title defence dramatically fell away in the absence of their first-choice central defensive partnership last season and they went on to endure a disappointing trophyless campaign before rallying to secure a top-four finish and with it, Champions League football.

There’s hope that the return of the two key defenders could result in Jurgen Klopp’s Reds challenging for major silverware again next term, and their return is well-timed – it’s just over a fortnight until the new Premier League season.

Van Dijk and Gomez were named on the bench for Liverpool’s pre-season friendly and watched on from the stands in Innsbruck as Sadio Mane and then Takumi Minamino scored to make it 2-2 in the first half.

Having battled back from two goals behind before the break, Liverpool once again found themselves behind in the second half as Klopp rotated his entire XI by the hour mark.

Hertha’s summer signing Stefan Jovetic had scored to put the Bundesliga outfit 3-2 up before Van Dijk and Gomez came on in the 69th minute.

The defenders immediately started playing it out from the back as if they were never away, but soon enough Jovetic exposed some understandable rustiness in Van Dijk, turning to leave the towering Dutch defender clambering on the ground, before slotting home to put Hertha two goals ahead once more.

Alex Oxlade-Chamberlain scored in the dying minutes to make it 4-3, but Liverpool were unable to find another equaliser.

van Dijk and Gomez back for Liverpool!! #LFC pic.twitter.com/GYC3o0B7O3