Watch: Van Dijk orders TAA to give Shaqiri free-kick which sets up winner 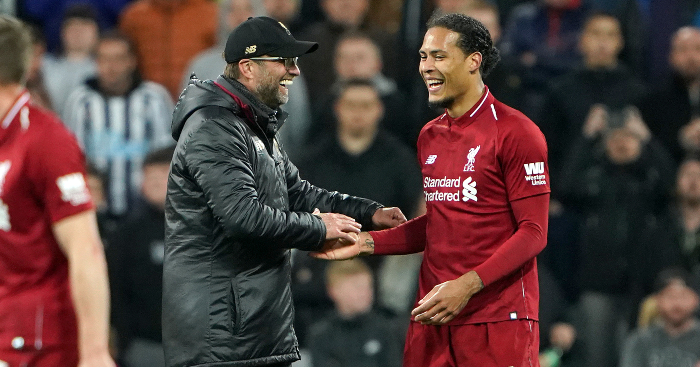 Virgil van Dijk’s reputation as a leader at the back for Liverpool helped him win the PFA Player of the Year award, but he also showed authority in an attacking sense as they beat Newcastle 3-2 on Saturday night.

The scores were tied and the game was approaching injury time when Fabinho won his team a free-kick from out wide.

Liverpool’s usual set-piece taker Trent Alexander-Arnold, who had set up their first two goals to take his tally to a brilliant 11 assists, was standing over the ball. But he allowed Xherdan Shaqiri, a second-half substitute, to whip in an inswinger instead.

Alexander-Arnold had been told to let the Swiss international take it by Van Dijk, and lo and behold it ended up in the back of the net after being glanced on by another substitute, Divock Origi.