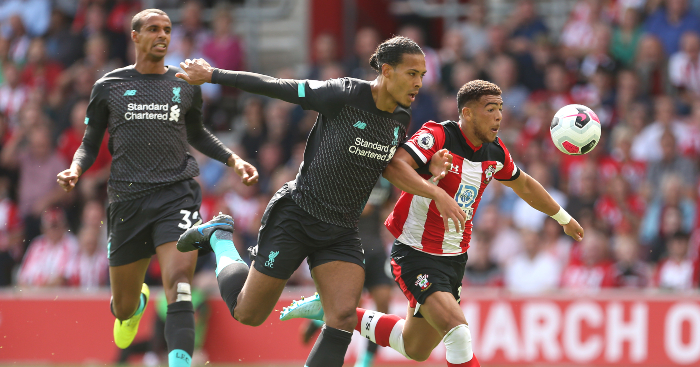 Virgil van Dijk proved he is the coolest centre-back in the world yet again during Liverpool‘s 2-1 victory over former club Southampton at St Mary’s on Saturday.

Van Dijk has had an immeasurable impact on Liverpool’s backline since joining from Southampton for a world-record fee for a defender in January 2018.

Goals from Sadio Mane and Roberto Firmino were enough for the Reds to secure all three points, although they were given a scare late on when a blunder from stand-in goalkeeper Adrian allowed Danny Ings to score.

But Liverpool can always rest assured when they have Van Dijk at the back – and the Netherlands man showed his class with one touch in particular during the second half.