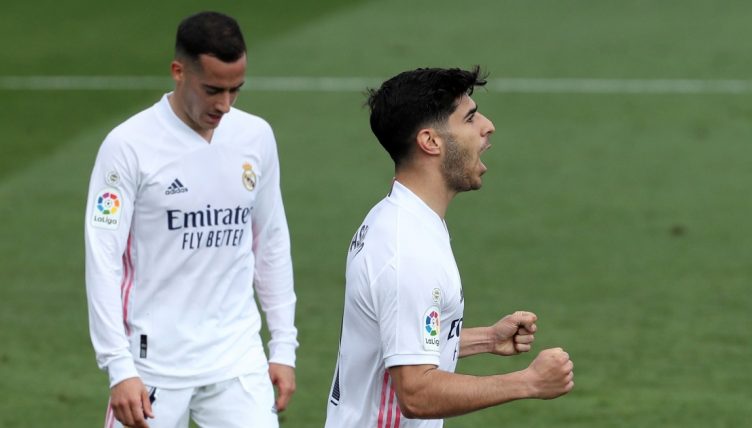 Real Madrid‘s Marco Asensio scored a brilliant improvisational goal against Eibar, but unfortunately for him it was ruled out due to VAR.

Asensio did eventually open the scoring, shortly before the break, against relegation-battling Eibar on Saturday afternoon, but the goal he did score wasn’t quite as special as the one he didn’t.

Zinedine Zidane opted to use the 25-year-old in a three-pronged attack alongside star striker Karim Benzema and Isco, and he stepped up with a lively individual first-half display at the Alfredo Di Stefano stadium.

He did absolutely brilliantly to flick Isco’s goal-bound shot onwards, catching it with his heel and managing to get it through Eibar keeper Marko Dmitrovic’s legs.

But the celebrations were soon cut short when replays showed he was just offside as Isco struck the original shot towards goal.

An outrageous finish from Marco Asensio…but it's ruled out for offside! ❌