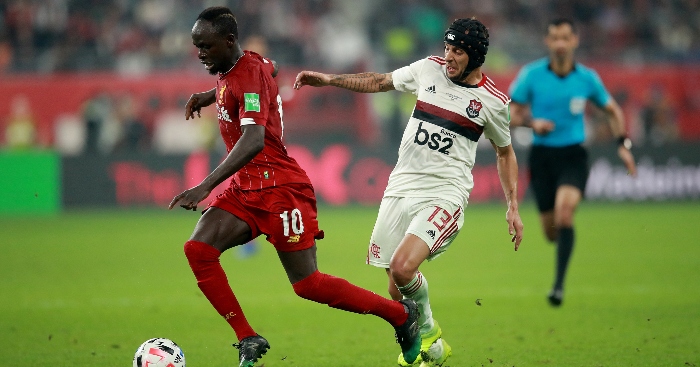 Liverpool‘s match against Flamengo in the Club World Cup final went to extra time after the referee overturned his own decision to award Sadio Mane an injury-time penalty.

The Reds forward looked to have been felled from behind by former Bayern Munich defender Rafinha. The match official pointed to the spot but after consulting the pitchside monitor he decided he’d made an error.

Replays showed that the challenge looked to have been outside the box, but he decided not to even give a free-kick after deciding it wasn’t a foul. Minutes later he called time on 90 minutes and the goalless game headed into extra time.

Watch the incident and how it all unfolded below: