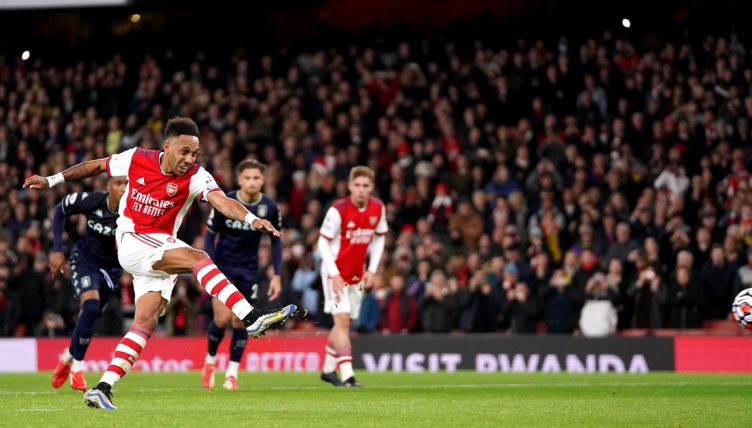 Arsenal were awarded a penalty during their Premier League match with Aston Villa – but not before the half-time whistle had already been blown.

Mikel Arteta’s side entered Friday’s match at the Emirates looking to bounce back from consecutive draws with Brighton and Crystal Palace.

And Arsenal dominated the first half, pulling Villa apart on numerous occasions, and looked set to lead at the interval through Thomas Partey’s header.

Referee Craig Pawson blew the whistle for half-time but was then told to check the pitchside monitor to decide if Matt Targett going through the back of Alexandre Lacazette in the box is a penalty.

After watching the VAR screen, Pawson decided to award Arsenal the penalty – which Pierre-Emerick Aubameyang missed before scoring the rebound.