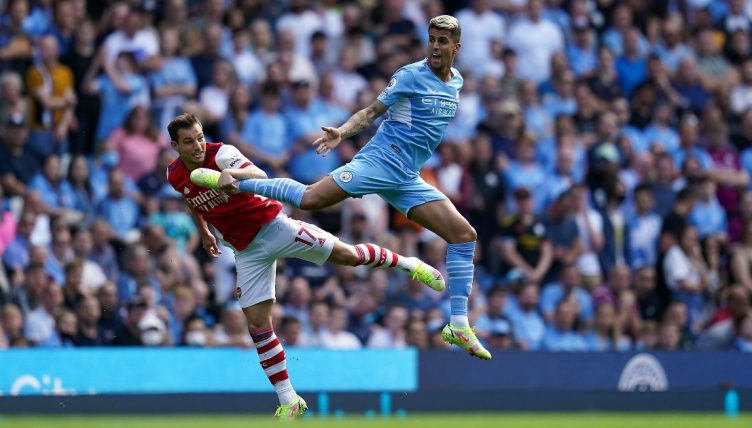 Arsenal need all the help they can get right now – but VAR didn’t provide them with any against Manchester City.

The Gunners travelled to the Etihad still searching for their first goal and points of the new season.

But a promising start soon evaporated into a familiar tale of failure, as the champions went into half-time with a 3-0 lead.

Despite their poor performance, Arsenal will feel a sense of grievance that City’s second goal was allowed to stand.

A low cross was sent into the box from a central position, which Cedric Soares failed to clear and Ferran Torres tapped home from six yards.

But Mikel Arteta’s side wanted the whistle to be blown for Aymeric Laporte’s push on Calum Chambers in the build-up to the goal.

Here’s a close-up of the incident: