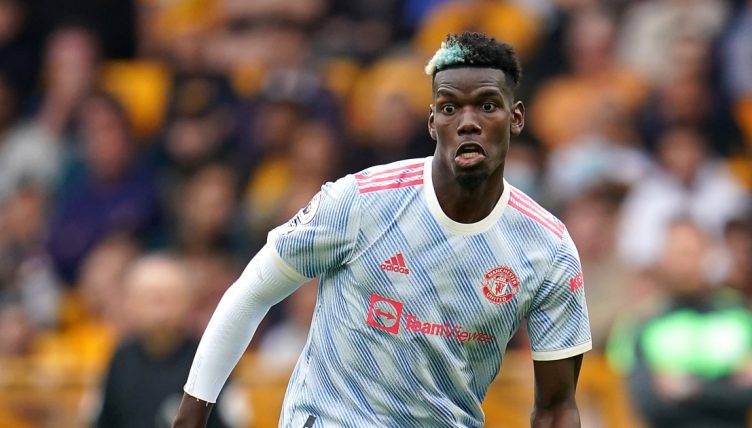 Paul Pogba was at the centre of controversy as Manchester United won a hard-earned three points against Wolverhampton Wanderers on Sunday.

United travelled to Molineux in search of their first away win of the season but were largely pinned back by a dominant Wolves side.

But Ole Gunnar Solskjaer’s team snaffled a late winner as Mason Greenwood continued his fine start to the season with a powerful strike.

While Greenwood will earn plaudits for his fine performance, the topic of conversation surrounded Pogba’s heavy challenge on Ruben Neves.

The World Cup winner got himself into trouble with a poor touch and was forced to launch into a risky challenge on Neves. He won the ball, but Wolves believed he got more of the man.

“Everyone saw it,” said Neves after the game. “The players have meetings with the refs, who told them that if the contact’s strong enough they’ll given a foul, perhaps unwittingly elucidating why one wasn’t awarded – contact was minimal.

“I was the one who touched the ball, it’s a clear foul, nothing more to say.”