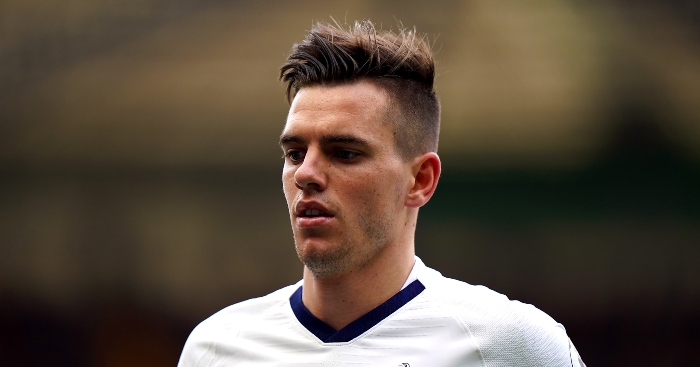 Frank Lampard must be sick of the sight of VAR as it caused even more controversy during Chelsea’s 2-1 win over Tottenham.

The Blues broke the deadlock in the 15th minute when Ross Barkley hit the woodwork and Olivier Giroud scored the rebound on his first start since November.

Marcos Alonso doubled the hosts’ lead shortly after half-time as he drilled a low effort from the edge of the box past Hugo Lloris.

Things could’ve gone from bad to worse for Spurs when Giovani Lo Celso nearly got himself sent off in the 52nd minute.

The midfielder left Chelsea’s Cesar Azpilicueta in severe pain after catching him on the shin with his studs and the challenge was reviewed by VAR.

Despite a lengthy check, they somehow decided that it was not worthy of a red card and Lo Celso was allowed to stay on the pitch.

However, the Professional Game Match Officials Limited (PGMOL) later admitted that they had got the decision wrong and Lo Celso should’ve been sent off.

Frank Lampard says the way the incident was handled is "just not good enough". ❌ pic.twitter.com/izLaL2LD64

Antonio Rudiger scored an own goal to give Spurs a late consolation but Chelsea held on to the three points.