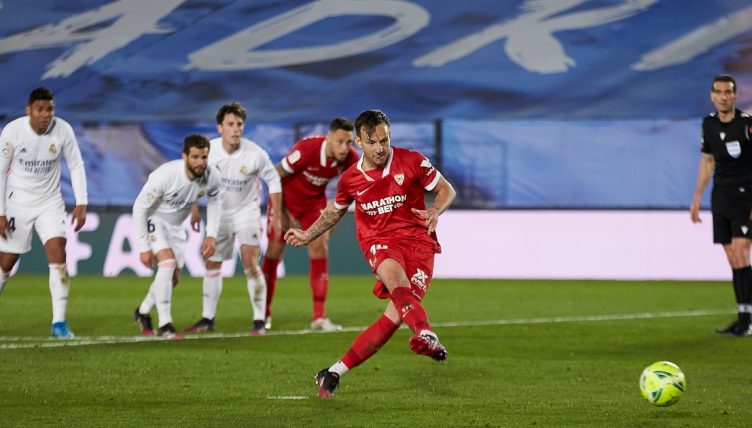 Real Madrid and Sevilla drew 2-2 in a game that was crucial to the La Liga title race – but that only tells half of the story.

Real entered the game knowing that a win would leapfrog them ahead of leaders Atletico Madrid and Barcelona, who drew 0-0 yesterday.

But Sevilla needed a victory to keep their own title hopes alive and entered the last 20 minutes with the score level at 1-1.

They appealed for a penalty after the ball hit Eder Militao on the arm but referee Martinez Munuera waved play forward.

Real broke away and were awarded their own spot-kick when Karim Benzema was felled by Sevilla goalkeeper Bono.

But VAR intervened and, after Munuera consulted the technology, he overturned his decision, bought the play back and awarded Sevilla a penalty instead!

Madrid awarded a penalty at one end, but play is brought back for a Sevilla penalty at the other! 😱

Incredible scenes, and Rakitic converts to put Sevilla 2-1 up! ⚪🔴 pic.twitter.com/TLvPAMNq2R