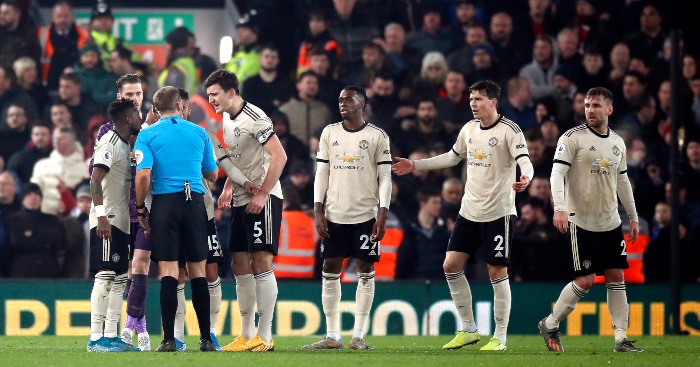 Roberto Firmino thought he had ended his Anfield drought with a stunning strike for Liverpool against Manchester United, only for the goal to be controversially ruled out by VAR for a foul by Virgil van Dijk on David de Gea.

Liverpool were already leading 1-0 thanks to Van Dijk’s header, and the Dutch centre-back was again heavily involved as Firmino thought he had doubled the hosts’ advantage.

Firmino is yet to score at Anfield this season but curled a wonderful effort into the far corner after Van Dijk had forced an error from De Dea, challenging the goalkeeper in an aerial duel.

United’s players immediately fumed at the referee, but even Gary Neville thought the goal should have stood.

Goal or no goal, what do you think?

Roberto Firmino thought he had doubled Liverpool's lead, but it's ruled out after a foul on David de Gea in the build-up.