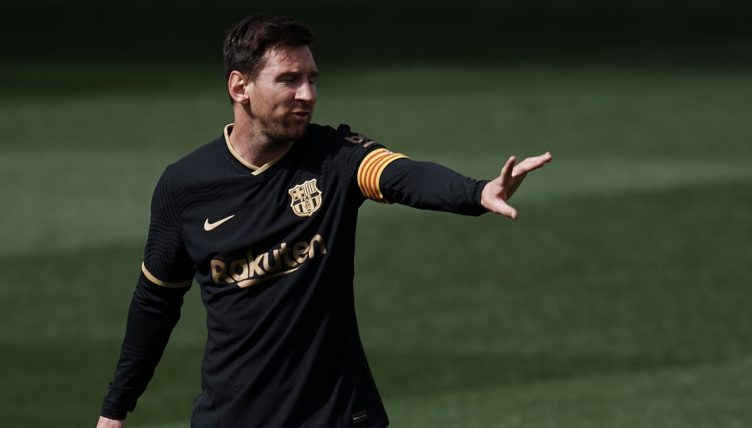 Barcelona‘s Lionel Messi was the subject of a horror tackle by Villarreal midfielder Manu Trigueros – which was rewarded with a straight red card.

But they went behind to a goal from Samuel Chukwueze and needed two strikes from Antoine Griezmann, one aided by an assist from Juan Foyth, to go into half-time ahead.

And they were holding their lead in the second half when Trigueros attempted some amateur amputation on Messi.

After losing control of the ball, the Villarreal player lunged to retrieve the ball but only succeeded in catching the forward’s ankle.

The referee showed no hesitation in producing a red card amid some furious protests from the Barca players.

It's a straight red card for Manu Trigueros! 🟥

An absolute horror tackle on Lionel Messi, who is thankfully now back on his feet 🙏 pic.twitter.com/yeOPFIWRwk