Watch: Villa’s Martinez psyches out Mina in shootout – ‘I’m eating you up’ 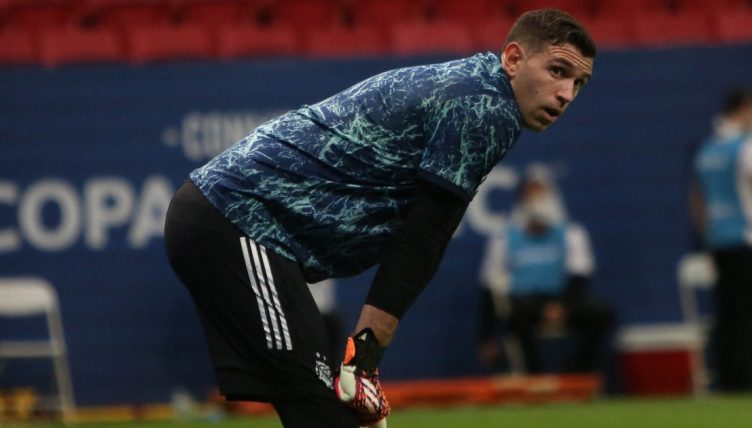 Aston Villa goalkeeper Emiliano Martinez was the hero of the hour as Argentina booked their place in the Copa America final, with a date against Brazil to come this weekend.

Argentina captain Lionel Messi was in inspired form once again, but he was unable to find a match-winning goal as they had to settle for a 1-1 draw with Colombia – requiring Martinez to come to La Albiceleste’s rescue in the penalty shootout.

The keeper stepped up to the plate when his team-mates needed him, saving three penalties, and he wasn’t afraid to call upon the dark arts (let’s be honest – sh*thousery) to put his Colombian opponents off their game.

As Yerry Mina stepped up to take Colombia’s second penalty, Martinez could be heard in the empty stadium doing his best to psyche him out, shouting “I’m sorry but I’m eating you up brother” before diving low to deny him.

To make matters worse for the Everton defender, that wasn’t the end of the verbal barrage. Following his missed spot-kick, Messi gave him a piece of his mind, taunting and asking “How about dancing now?” following his former Barcelona team-mate’s celebration in the previous round’s penalty shootout as Colombia beat Uruguay.