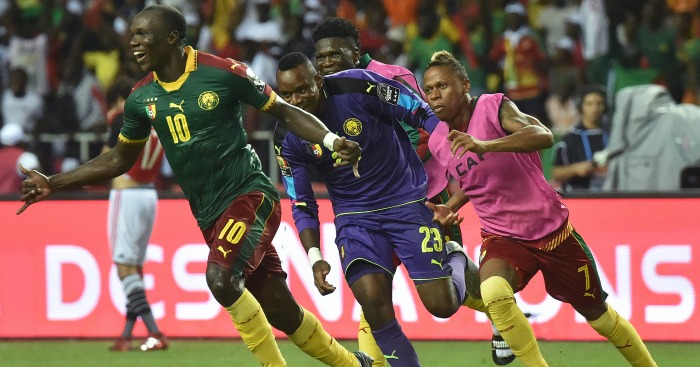 Cameroon were crowned champions of the African Cup of Nations on Sunday after Vincent Aboubakar’s wonderful late goal secured a 2-1 victory over Egypt.

Arsenal midfielder Mohamed Elneny had given Egypt a 1-0 lead in the first half with his own well-taken goal as the Pharaohs appeared to be on their way to extending their record as the most successful nation in the competition.

But the impact of Hugo Broos’ substitutions swung the match as first Nicolas Nkoulou headed Cameroon level in the 59th minute before Besiktas striker Aboubakar settled the final in outstanding fashion.

With only two minutes of normal time remaining, Aboubakar chested down a long ball, before lobbing the ball over a defender and volleying home.

The win ended a 15-year drought for Cameroon at the African Cup of Nations, and also makes the Indomitable Lions the second most successful nation in the history of the competition