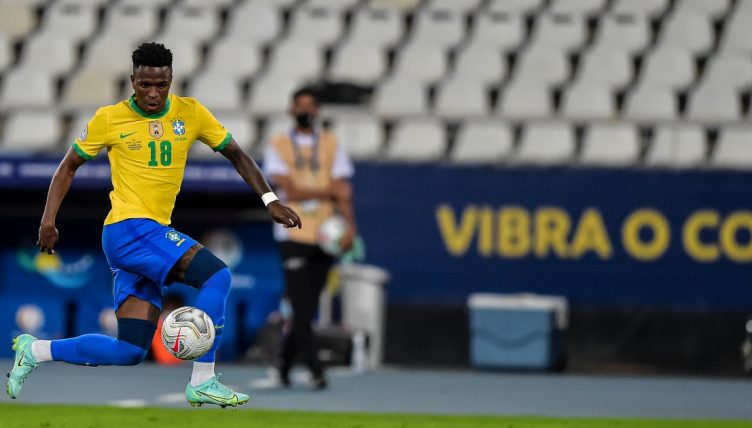 Real Madrid forward Vinicius Junior livened up the goalless draw between Argentina and Brazil with a sumptuous rainbow flick that got the better of his opponent.

Vinicius started the match in San Juan but, despite the galaxy of attacking talent on show, the game remained resolutely scoreless throughout.

But that didn’t stop the 21-year-old from going viral after producing an outstanding piece of skill to escape the attention of Argentina defender Nahuel Molina.

Midway through the second half, Vinicius found himself near the corner flag with minimal space to operate.

Closed down by Molina, Vinicius brilliantly lifted the ball over his opponent’s head with a perfectly-executed rainbow flick.

Vinicius has been in fine form for Real Madrid this season, scoring nine goals and registering seven assists in 16 appearances.

And, with the World Cup finals only 12 months away, moments of brilliance like this will do his chances of starting Brazil’s first game in Qatar no harm.