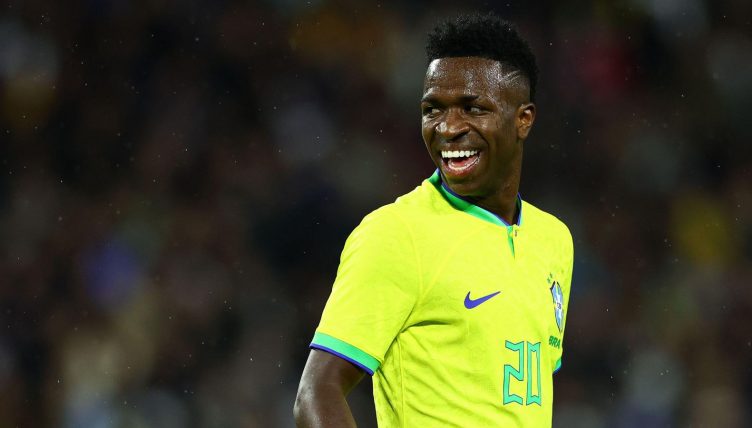 Vinicius Jr keeps on dancing and keeps on getting better and better as a footballer, as he proved once again with a ridiculous trivela cross in Brazil’s friendly against Ghana on Friday night.

The friendly against Ghana took place at the Stade Oceane in Le Havre, France, and was Brazil’s penultimate warm-up friendly before the start of the 2022 World Cup in Qatar.

It couldn’t have gone much more smoothly for the Selecao.

Tite’s team cruised to victory, scoring all three of their goals before half-time.

It could have been more as well, even before the interval.

In one brilliant moment of play, Vinicius Jr received the ball from Neymar on the left and looked up, spotting his team-mate and Clasico rival Raphinha at the far post.

Having played with Luka Modric for almost four years now, Vinicius knew exactly what kind of pass would be best to lay the ball on a plate for the Barcelona man.

With the outside of his right boot, Vinicius sent the ball curling beautifully down the middle of the corridor of uncertainty, out of reach of both goalkeeper and defenders.

Raphinha met it at the back post and it looked a certain goal… but he couldn’t make the desired contact and sent the ball lopping out for a goal kick.

Still, with an attack of Raphinha, Vinicius, Neymar, Richarlison and Lucas Paqueta, Brazil are looking very dangerous as the World Cup looms.

After the game, Neymar told Globo Esporte: “I went to [my team-mates] in training yesterday and said that this is a team that people see as attacking, like it or not, with four forwards and Paqueta.

“I told them that, if we want to play like this, play together, we need to help each other out. To help the defensive line as well. Everyone has to run.

“It’s delicious to see that [happening on the pitch]. Nobody has any vanity here, it’s a team without vanity, with harmony.”