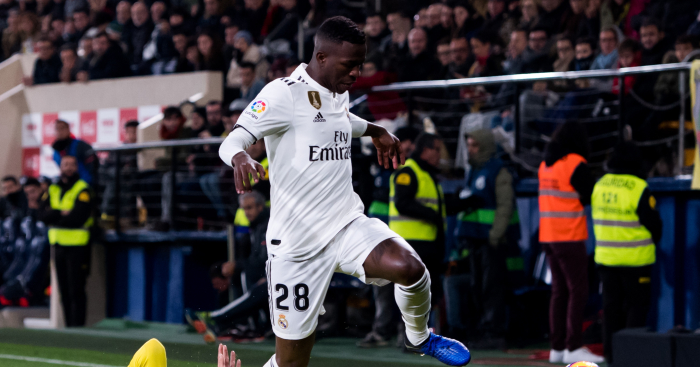 Vinícius Júnior started his eighth game in a row for Real Madrid on Thursday night – and produced a quite frankly unfathomable piece of skill to bamboozle two Girona defenders.

Having not started a single game in La Liga in the first half of the season, Vinícius has been handed a much bigger role in the team since the turn of the year.

The 18-year-old has been impressing, too, but nothing could have prepared us – and certainly not Getafe’s defenders – for the trick he used to get out of a tight spot in the second leg of Real’s Copa del Rey quarter-final clash on Thursday evening.

Stop what you’re doing and set aside some time because you’re going to want to watch this more than once. But don’t even think about trying to work out how the hell he did it. It’s simply not possible.