Watch: Virgil van Dijk casually back-heads the ball to himself to stop attack 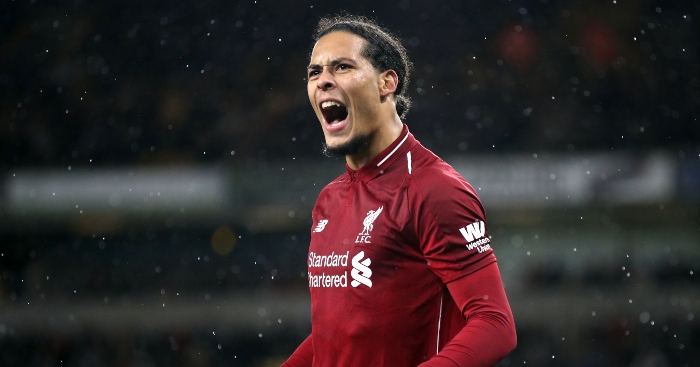 Everybody already knows Virgil van Dijk is the best centre-back for the best team in England – but he still felt the need to remind us of just how good he is in Liverpool‘s win over Brighton.

An early Jordan Henderson and two more from Mohamed Salah earned the Reds a 3-1 win on the south coast which moved to 92 points for the season, the sixth-highest points tally in Premier League history with four games still to play.

They did not have it all their own way against Brighton, with Leandro Trossard scoring on the stroke of half-time to make it 2-1, but Van Dijk certainly didn’t appear to be feeling under any kind of pressure even when defending a one-goal lead.

And in the 72nd minute he produced a piece of defending so good, so calm, so unnecessary that we can only assume he wanted it for his highlights reel for the Ballon d’Or.

Running back towards their goal chasing a long ball with an opposing striker on their shoulder, it’s probably safe to assume a normal defender would have headed it back to their goalkeeper.

And that’s not a criticism. Alisson had raced out of his goal, alert to the situation, and was in a perfect position to claim a header back. It was the natural thing to do.

But Van Dijk isn’t normal. And why waste seconds going back to the keeper when you can backhead it past the striker, turn around, pick up the ball yourself and casually pass it to safety.

Virgil van Dijk casually heading the ball to himself. Best in the fucking world. 🤯pic.twitter.com/OumBSvCC3N