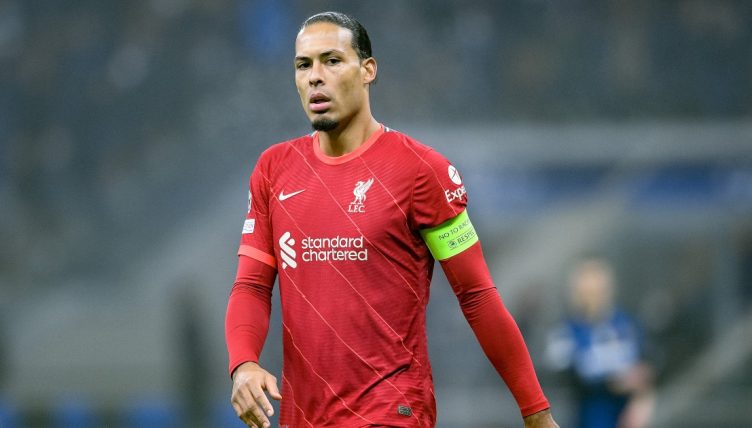 Van Dijk had a brilliant performance at the San Siro, making three interceptions, winning five aerial duels and completing more passes than any other Liverpool player.

During the first half, the 30-year-old even managed to stop a dangerous Inter attack by using his terrifying aura.

The Italians were on top for long periods of the second half before Liverpool’s Roberto Firmino scored a brilliant header in the 75th minute.

After the ball hit the back of Inter’s net for a second time, most of the Liverpool players ran towards Salah but Van Dijk did something very different.

The centre-back appeared to forget that he wasn’t playing for the Netherlands as he briefly hugged Inter defender and compatriot Denzel Dumfries.

“It’s a tough place to come, a really good team, a good system,” Van Dijk said after the game. “They were difficult to break down. The atmosphere was incredible, I really enjoyed it out there.

“Obviously it was very important with the set pieces, it’s a strength of ours. Hopefully we can keep using this. Overall it’s a very solid performance and a good result to take back home. I think it’s a well-deserved win, but it was very hard work.

“Everyone expected to be under pressure, because they are a very good team and it is the Champions League. We needed to be ready to suffer and do the hard work, and we definitely did. Happy days.”

Liverpool are now in pole position to qualify for the Champions League quarter-finals but still need to face Inter at Anfield in the second leg.

Are we not talking about how Van Dijk just hugged Dumfries when Salah scored the 2nd goal? 🤣 pic.twitter.com/cjtaBgl77M