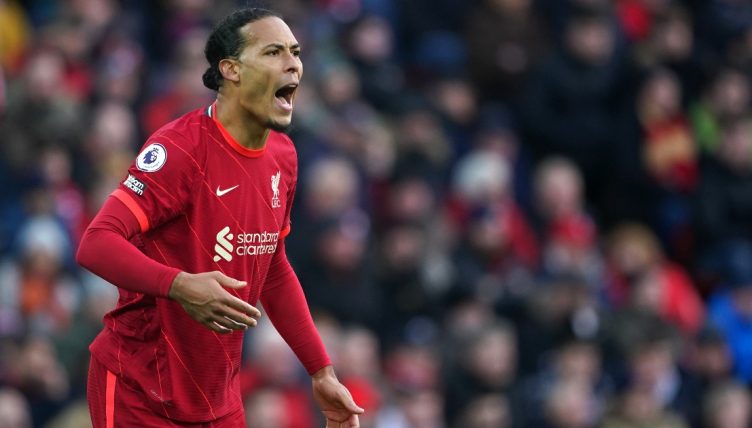 Virgil van Dijk comically struck team-mate Takumi Minamino on the head as Liverpool warmed up at Anfield ahead of Saturday’s Premier League victory against Norwich.

The centre-back is known for his pinpoint passing range – often finding the toe of Mo Salah with a raking switch of play – but it’s fair to say even van Dijk would have struggled to hit Minamino on purpose as he lined up for a volleyed pass pre-match.

The 30-year-old has been one of the standout defenders in the league since returning to action at the start of the season following a long-term injury. Despite Jurgen Klopp’s side conceding first against Norwich, van Dijk was imperious once more in a comfortable comeback 3-1 win.

Asked in a post-match press conference after the Reds beat Burnley earlier this month if van Dijk is back to his best, Klopp said: “Definitely, you can see in all movements.

“We were always convinced it would happen. No-one knows the reason how it heals – is it timing? – but he is completely back on track.

“I would say that is good timing for the decisive part of the season which is coming up now. And long may it continue.”

However, despite his brilliance, the Dutch international will be hoping not to give his team-mates any more unexpected headaches in the future.