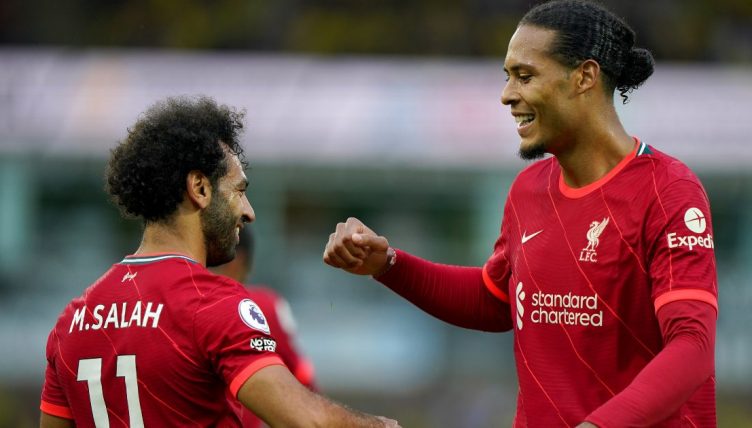 When Liverpool‘s Mohamed Salah weaved his way through the Manchester City defence and fired the ball past Ederson on Sunday afternoon, viewers looked on in utter disbelief – and Reds defender Virgil van Dijk was no different.

With 15 minutes to go in the game, Salah picked the ball up to the right of the penalty area, before skipping past four City defenders and smashing the ball into the far corner of the net to make it 2-1 in the most spectacular style.

The goal has been likened to efforts from Diego Maradona and Lionel Messi, and Van Dijk was certainly impressed.

As the ball went in he held his arms up, spinning around and looking at the crowd as if to ask, ‘What planet did that come from?’

After the game, James Milner called Salah’s goal an “absolute worldie”, but Van Dijk was frustrated that Liverpool allowed City to make it 2-2, writing on Instagram: “Missed opportunity today, intense game for both sides.”

Salah himself saw the positives. His post-match social media post said: “We really wanted to win this one but we’re still in the game. We’re going for the title and we have what it takes.”

Current status: watching this on repeat 🔁🤩