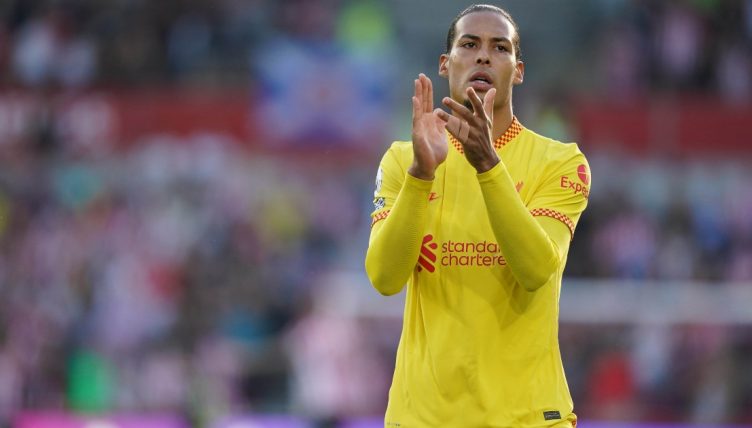 Virgil van Dijk didn’t have his best game for Liverpool during their 3-3 draw with Brentford, but he was still required to execute a perfect tackle in injury-time to preserve a point.

Liverpool had the opportunity to extend their lead at the top of the Premier League table but were held to a thrilling draw by their newly-promoted opponents.

Van Dijk looked shaky at times as Liverpool’s defence looked more like their 2017 version than the current vintage – but this didn’t stop him from making a game-saving tackle in the match’s final minutes.

The impressive Toney looked to have a goal-scoring opportunity but Van Dijk caught up with his opponent and dispossessed him with a strong tackle.

Following the game, Van Dijk took to Instagram and said: “Wild game and not the result we came for. Keeping perspective is important though. A point earned and still unbeaten. Respect to Brentford. Now focus on the Champions League.”