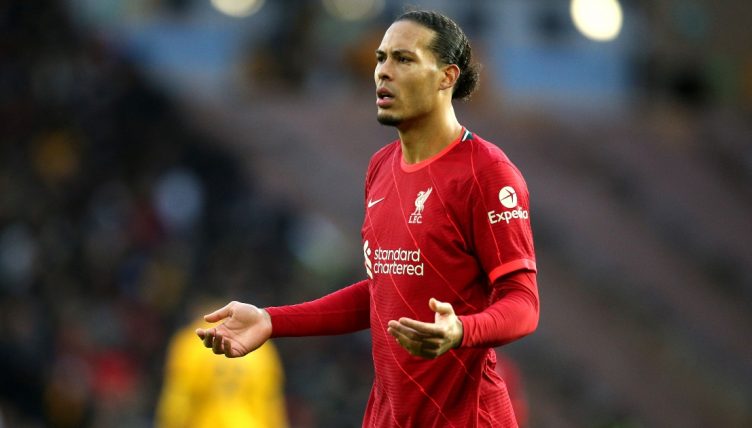 Virgil van Dijk marked his return to Liverpool training by scoring a brilliant goal that Mohamed Salah and Sadio Mane would be proud of.

Van Dijk has missed Liverpool’s last three games in all competitions due to a positive Covid result but is now back at the AXA Training Centre.

During a training drill, the Netherlands international impressed his team-mates with some impressive goals, including a strike that flew into the top corner.

Van Dijk, who is widely regarded as the best centre-back in the world, briefly played as a striker when Groningen faced ADO Den Haag in 2011.

“It was the play-off final for the Europa League, we lost 5-1 [in the first leg]. I came on in the game when we lost 5-1 as a right-back, and I started the return game as a centre-back, I think,” Van Dijk told Optus Sport in 2019.

“[We were] 1-0 [up] after half-time, 6-1 down [on aggregate], and in the second half I started as a striker. I scored a terrible free-kick, but it counted obviously, and I scored one on the break. In the end we were 5-1 up, unluckily I had to get subbed because I had a cramp and couldn’t walk anymore.

“We lost on penalties, but that day was unforgettable for me, and after that I think I made a little bit of a name [for myself] at the club at the time. And the year after I played almost every game.

“I know that with my height I can be dangerous, and in that particular game, it worked a lot. But just leave me at the back!”