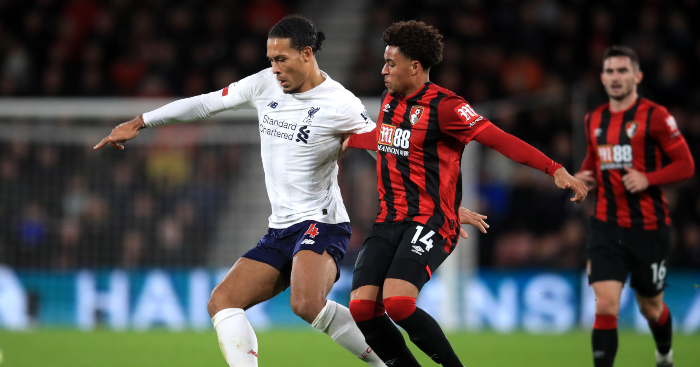 Dominic Solanke will want to quickly forget his appearance for Bournemouth against former club Liverpool on Saturday afternoon.

Bournemouth were beaten 3-0 by Liverpool at Dean Court, courtesy of goals from Alex Oxldade-Chamberlain, Naby Keita and Mo Salah.

Solanke scored once in 18 months at Liverpool following his move from Chelsea in 2017, but has failed to find the back of the net since joining Bournemouth in a £19million transfer in January.

The striker was given a sight at goal from the edge of the area against the Merseysiders, only to be sent flying by a big tackle from Virgil van Dijk.