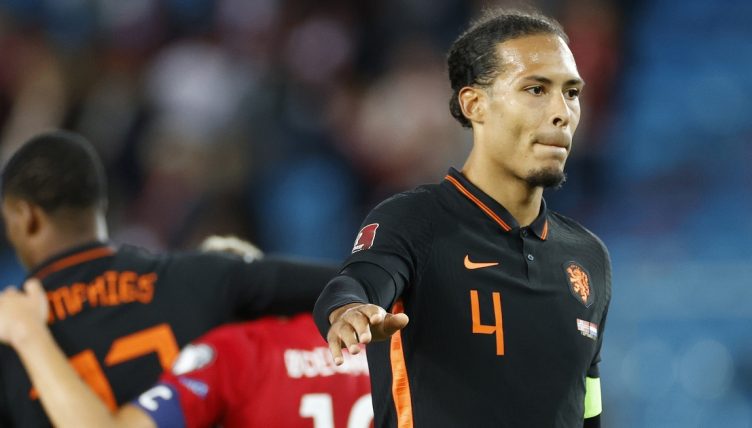 It is usually Premier League attackers most commonly on the end of Virgil van Dijk’s physicality, but after a fan entered the field following the Netherlands’ World Cup qualifier with Norway for a selfie with the Liverpool colossus, his attentions had to turn.

Goals from Erling Haaland and Davy Klaassen meant the clash ended in a 1-1 draw at the Ullevaal Stadion in Oslo in what was a tightly fought contest.

It leaves their group incredibly open. Turkey currently sit top on eight points, but the Netherlands, Montenegro and Norway all trail by just one point with four games played.

As the captain of the Oranje, Van Dijk was on post-match interview duties. But halfway through his chat with NPO, the Dutch public broadcaster, a fan entered the field and attempted to get a picture with the centre-back mid-interview.

Keeping his cool, and not taking his eyes off the interviewer, Van Dijk shoved the fan to the side with ease. Considering how easily he deals with world-class strikers, the pitch invader was never going to pose much of a threat.