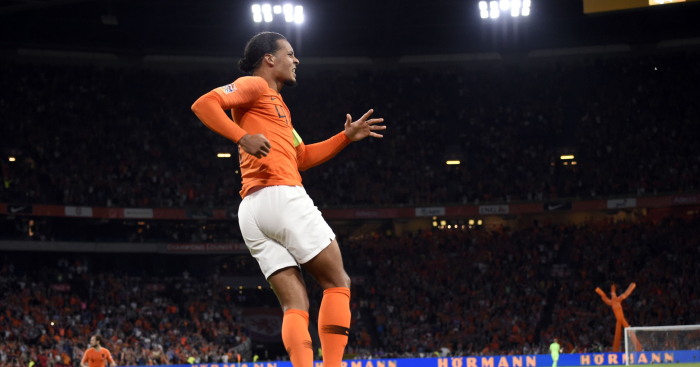 Virgil van Dijk has been a towering presence at the back for Liverpool this season, and the defender showed off his incredible leap while training with the Netherlands.

Liverpool made Van Dijk the most expensive defender in history when signing the centre-back from Southampton in January, and he has helped transform the Reds’ defence.

The 27-year-old has also become the Netherlands’ captain having established himself in the side over the past three years.

And he displayed his remarkable athleticism by jumping to head a ball a team-mate could only just touch with his hand in training.