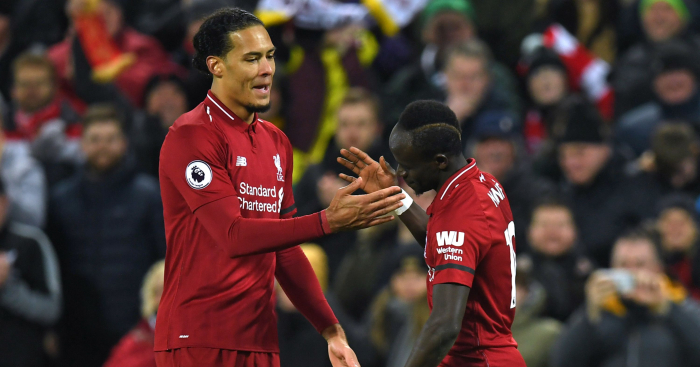 Liverpool‘s thrilling 4-3 victory over Crystal Palace on Saturday contained many things – but we didn’t expect it to contain a no-look throw-in.

An upset was on the cards at Anfield as Palace led 1-0 at the break thanks to Andros Townsend’s opener, but Liverpool quickly took the lead in the second half as Mo Salah and Roberto Firmino notched seven minutes apart.

But Palace fought back through James Tomkins’ equaliser, only for Liverpool to pull away thanks to Salah’s second and a later Sadio Mane goal, despite having James Milner sent off.

There was still time for Max Meyer to make the hosts nervy with Palace’s third, but the Reds held on for a rollercoaster victory.

Amid all the chaos, however, Virgil van Dijk was clearly keeping cool, judging by this no-look throw-in.

VVD No-Look Throw In… from r/LiverpoolFC