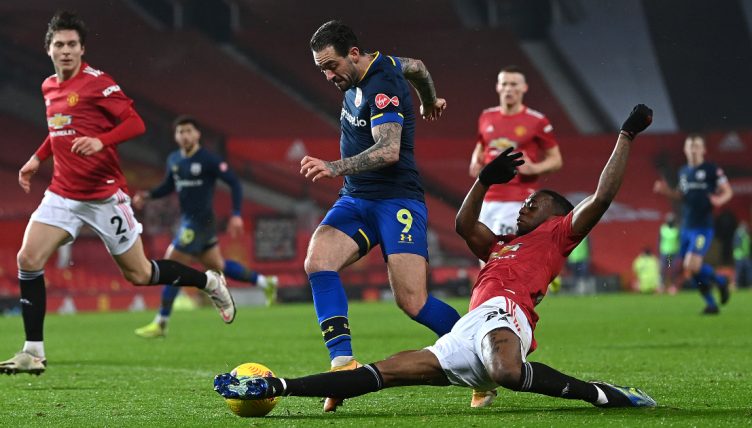 Manchester United‘s defending is unlikely to dominate the headlines from their 9-0 mauling of Southampton, but it would be a travesty if this perfectly-timed tackle from Aaron Wan-Bissaka went unappreciated.

The right-back opened the scoring on an evening that turned into a rout against Ralph Hasenhuttl’s Saints, with the tone set by Premier League debutant Alexandre Jankewitz getting sent off inside two minutes.

The hosts showed the visitors no mercy, with Wan-Bissaka appearing to enjoy himself getting forward as United put on a show. Not only did he get on the scoresheet, but he also combined brilliantly with Bruno Fernandes to help create a good chance for Edinson Cavani.

But on a night in which they had plenty of fun attacking, the 23-year-old didn’t ignore his defensive duties, living up to his billing as the king of the slide tackle.

With Danny Ings bearing down on goal to potentially notch a consolation, Southampton’s number nine was unable to get his shot away after Wan-Bissaka did brilliantly to get back, get his body across, and hook the ball to safety.

They might have scored nine goals, but this arguably the most satisfying moment of all.