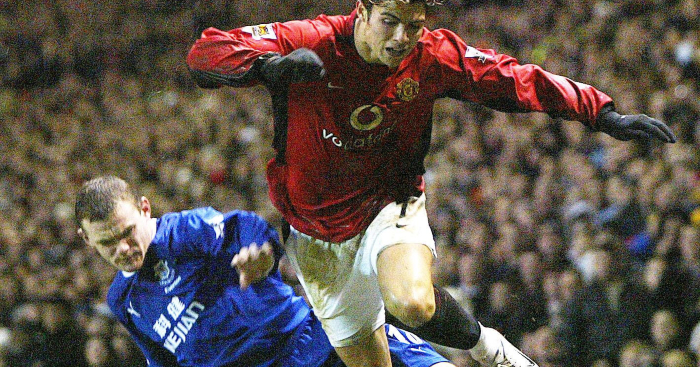 Wayne Rooney and Cristiano Ronaldo were a devastating duo when playing alongside each other at Manchester United – but they were involved in some explosive clashes when they were on opposition teams.

Ronaldo was infamously involved in Rooney’s red card in England’s quarter-final clash with Portugal at the 2006 World Cup, despite the duo being team-mates at Old Trafford at the time.

But Rooney had introduced himself to Ronaldo while playing for Everton three years earlier with a, shall we say, tough tackle on the winger after clearly growing tired of the Portuguese’s tricks.

Of course the referee had to be Mike Dean, who already had a taste for the dramatics in his officiating, including a grand ‘calm down’ gesture which no doubt only aggravated the players.