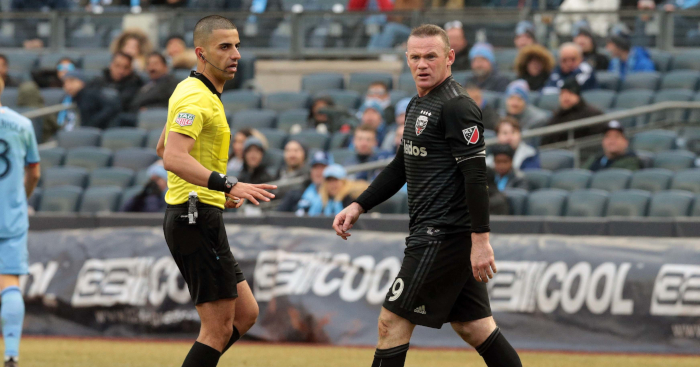 Wayne Rooney was sent off for the first time at DC United as his side were thrashed 4-0 by LAFC.

DC had opened their MLS campaign by going unbeaten in their first four matches, winning three, with Rooney scoring four times and providing two assists, including a hat-trick against Real Salt Lake.

But they were taught a lesson by LAFC as a Diego Rossi hat-trick and goal from Carlos Vela condemned them to a heavy defeat.

Rooney was sent off seven minutes into the second half with the score already 3-0 due to a nasty tackle on Rossi.

The referee initially only booked the 33-year-old but changed his decision after consulting with VAR, meaning Rooney was given the seventh red card of his career.