Watch: Wayne Rooney given straight red for elbow to face 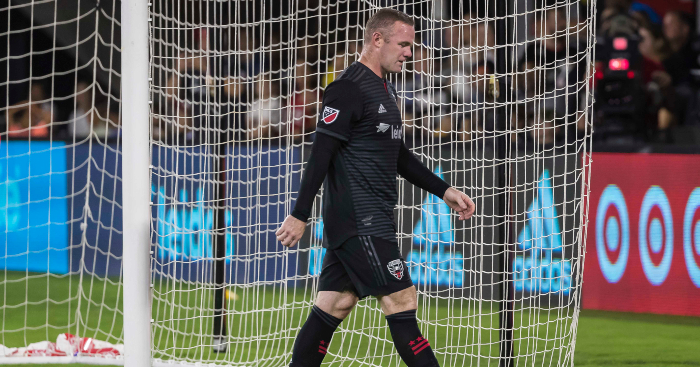 Wayne Rooney’s, erm, difficult relationship with MLS match officials got a whole lot worse on Wednesday night as the former England captain was given a straight red card in the first half of DC United’s 2-1 defeat to New York Red Bulls.

Having already agreed to join Derby County in January, Rooney’s final days in MLS have not been without controversy.

In his previous appearance for DC United, the former Everton and Manchester United striker went on a sweary rant at the fourth official during a 1-0 loss to Vancouver Whitecaps and later complained on social media about MLS’s rules around travel as he faced up to a 12-hour journey.

And Rooney’s week went from bad to worse as VAR spotted him elbowing a defender while jostling for position at a corner, and he was promptly shown his marching orders.

Can you name all 47 Englishmen to have scored 50+ Premier League goals?