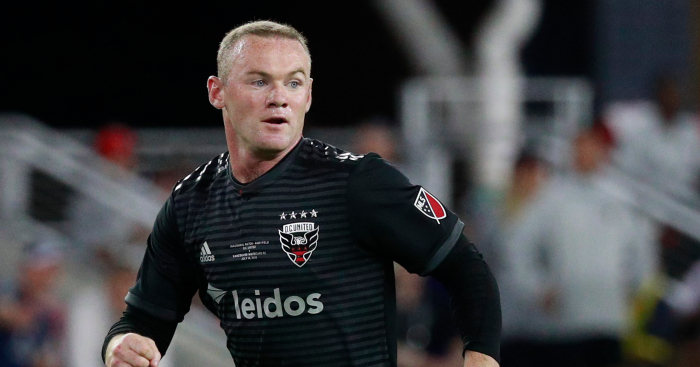 Former Manchester United forward Wayne Rooney appears to be settling into life in the MLS very well, after a number of eye-catching performances for DC United.

Rooney moved to the MLS over the summer, ending his brief return to boyhood club Everton to make the switch to Washington.

And the former England captain has caught the eye this week in particular, not least earning his side a late win at the weekend thanks to an incredible goal saving tackle, followed immediately by a 40-yard assist.

He was at it again in DC’s midweek fixture against Portland Timbers, where he opened the scoring with a fine finish into the bottom corner.

Samuel Anterros had levelled the scoring before Oriel Fisher restored DC’s lead just after the break, ahead of some more Rooney magic.

He fired a free-kick into the top corner to seal the win, with Darren Mattocks adding a fourth late on.

But Rooney could have had his hat-trick – moments before the free-kick he attempted an audacious Cantona-esque chip on Portland goalkeeper Jeff Attinella, seeing it cannon back off the crossbar.

Watch the brilliant attempt below.