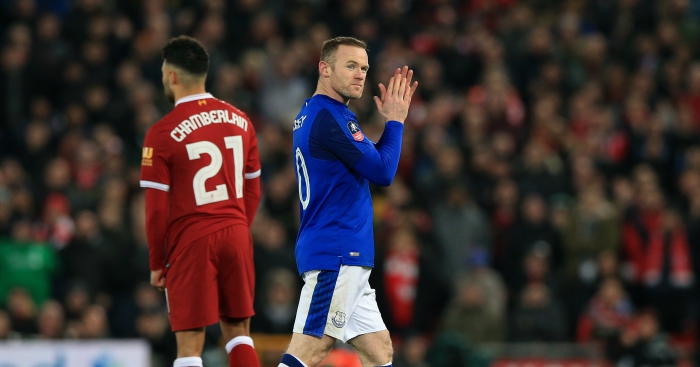 Viewers were generally positive in their reaction to Rooney, who gave good insight into his views on the game, and also wasted no time in laying into Jamie Carragher.

The former England captain was welcomed to the show by presenter David Jones, before joking that it was the “closest Carra’s ever got to me”.

A solid start to #MNF from Wayne Rooney pic.twitter.com/T1lNrdGuBC

He was then asked about Harry Kane and where his goalscoring exploits could carry him, and he had a warning for Tottenham.

Rooney believes that Kane is good enough to play wherever he wants to, but stated that while now his motivation was goals, that will soon change to trophies, and if Tottenham can’t deliver that then he may look elsewhere.

WATCH: "His motivation is going to change from goals to trophies."

Carragher then questioned Rooney on Pep Guardiola’s Manchester City, and he believes they can emulate the manager’s achievements at Barcelona.

WATCH: Rooney says @ManCity are "well on their way" to emulating Guardiola's Barcelona, where he led them to 14 trophies.

And finally, Rooney was of course asked his view on his current club and the situation they find themselves in.

Despite currently sitting 10th in the Premier League table, Rooney & co. have won just one of their last nine matches and are on their third manager of the season, with Sam Allardyce suddenly finding himself under pressure.

“It’s not nice when you’re a player and your manager gets sacked,” Rooney said. “You know you haven’t done your job properly, so we have to take a lot of responsibility and make sure that doesn’t happen to Sam.”

Despite having 3 managers this season, Wayne Rooney says that Everton's poor form also comes under the responsibility of the players and they don't want to let down Sam Allardyce.