Watch: Wayne Rooney scores stunning goal from own half for DC United 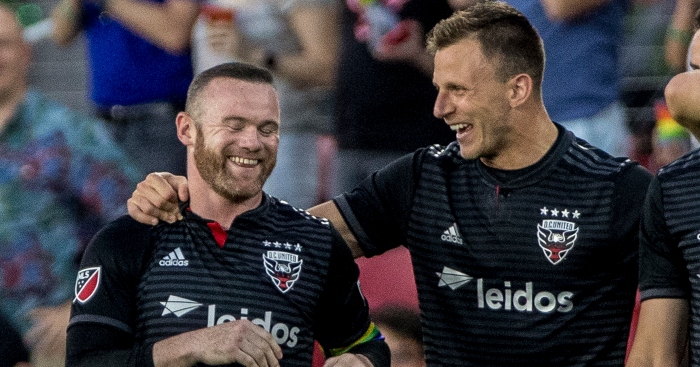 Wayne Rooney scored from inside his own half for the *third* time in his career as DC United beat Orlando City 1-0 in MLS.

Having done it twice against West Ham while playing in the Premier League, once for Manchester United and once for Everton, Rooney added yet another highlight to his reel with DC United.

The former England captain caught Orlando goalkeeper Brian Lowe off his line in the 10th minute of the clash at Audi Field.

Rooney’s moment of magic proved to be the only goal of the game – DC later had a second ruled out by VAR – to leave the hosts third in the Eastern Conference, just two points off Philadelphia Union.

"It's Wayne Rooney! Of course you believe it" 😲@WayneRooney produces yet another stunning strike from his own half, for the third time in his career, to help DC United beat Orlando overnight pic.twitter.com/pjH0zohpCw