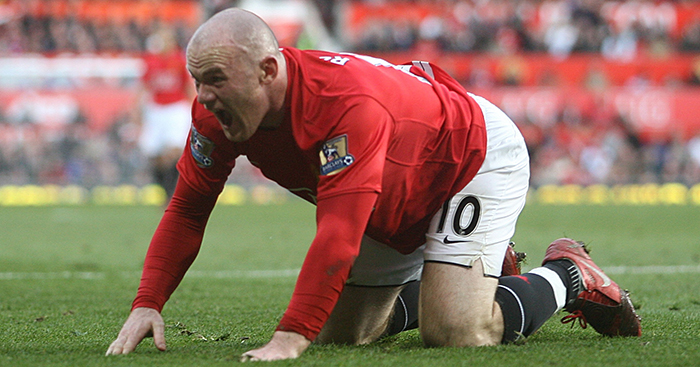 Classic footage is the only thing that is going to get us through this time without football – and you can’t get more classic than Wayne Rooney violently taking out two Hull City players at his peak.

Rooney scored 20 goals in 2008-09 as Manchester United won the Premier League and League Cup, also making the final of the Champions League for the second time in two seasons only to be beaten by Barcelona.

But forget about how United were back then and what Rooney did in front of goal, what we really miss is him tearing around the pitch like a mad man.

And there is a wonderful example of Rooney’s violent peak on Reddit, which we’ve been watching on loop for several hours now.

Hull had scored twice to turn a 4-1 rout into a 4-3 thriller, but when Rooney and George Boateng faced up to contest a drop ball, it was the United man who was clearly more up for the battle.

As Boateng stood casually, Rooney primed himself for a rash swing and miss at the ball, and when that didn’t work and it ran free to Andy Dawson, Rooney made absolutely sure the ball wasn’t going any further.

You can’t even describe the challenge as a tackle, but it did the job and Rooney escaped with a booking as United held on for the three points. Ah, memories.