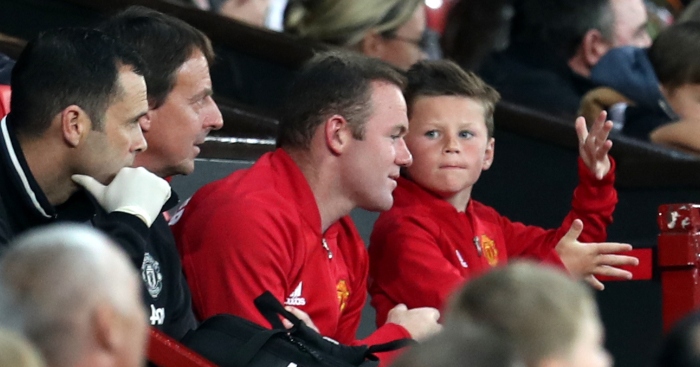 During his Manchester United days, Wayne Rooney was well known for being able to score from pretty much any distance.

While the 35-year-old will have worked extremely hard on his craft, it is beginning to look as though footballing ability runs through the Rooney genes.

That is because the current Derby County man’s son, Kai, scored a brilliant free-kick from range in November 2019.

There’s no way a 10-year-old kid should be able to score from that distance, but the youngster still manages to do it anyway.

Even the child who looks annoyed that he’s not taking the free-kick at the beginning goes absolutely wild after the ball sails through the air and into the back of the net.

We’re not quite sure what Kai’s celebration is all about, but he’ll have plenty of time to work on that in the Manchester United academy – perhaps he’ll find Jesse Lingard to ask for some tips.

Judging by this strike, there will be plenty of opportunities for him to test out any new celebrations he discovers.