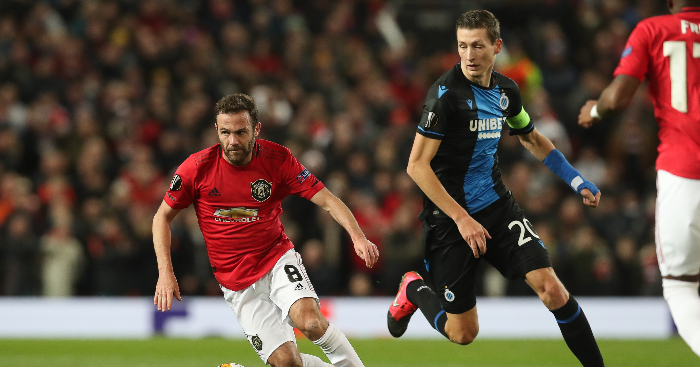 Juan Mata may not be the player he once was, but for a brief moment in Manchester United’s win over Club Brugge, he reminded us of just what he’s capable of on his day.

The 31-year-old came to English shores in 2011 when he signed for Chelsea, and during his time at Stamford Bridge he was one of the best players in the Premier League, being named his club’s Player of the Season in 2011-12 and 2012-13, and making the division’s Team of the Year in the latter campaign.

After falling out of favour under Jose Mourinho, he was then sold to Manchester United at the start of 2014 for a fee of £37million. And while he’s perhaps never quite recaptured his best form at Old Trafford, he still magics up the odd moment of brilliance.

One such moment came in his side’s 5-0 victory over Club Brugge. With United seeking to launch a counter-attack from a corner, Mata received the ball and hit a beauty of a first time pass perfectly into the path of Mason Greenwood.