Watch: We want to kiss this pass from Scott McTominay for Man Utd 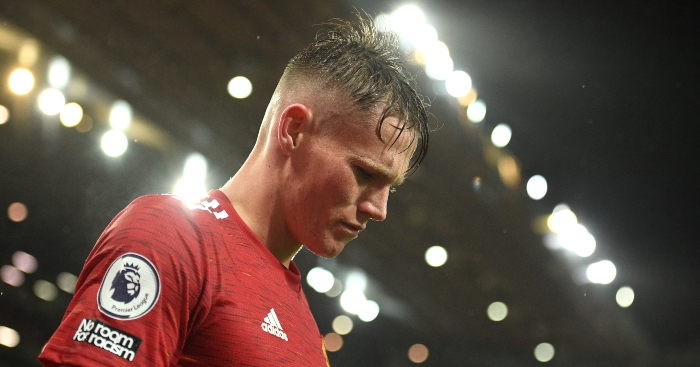 Scott McTominay doesn’t really seem to get that many plaudits for the role he plays in Manchester United’s midfield.

A lot of his work is understated, which means it is easy for him to go under the radar when he’s sharing a pitch with the likes of Bruno Fernandes, Marcus Rashford and Anthony Martial around.

However, everybody has their moments of divinity, and the Scotland international definitely had one of his own during the Red Devils’ 3-1 win against Everton.

As well as the glory of the crossfield pass to Marcus Rashford, there is also amusement to be had here.

Gylfi Sigurdsson clearly didn’t see the midfielder as much of a threat and didn’t bother shutting the 23-year-old down at all, probably expecting the United man to play a simple pass.

The Iceland international probably felt like a bit of a fool when watching the ball sail over the heads of he and his team-mates.

While those associated with Everton won’t have enjoyed that pass, we did. Is it possible to kiss a pass? This is so goddamn pretty we’re open to the idea…

Can we take a minute to appreciate this pass from McTominay. 🙌pic.twitter.com/TgSdeokq7B

When Wayne Rooney kissed the Man Utd badge vs Everton not once, but twice