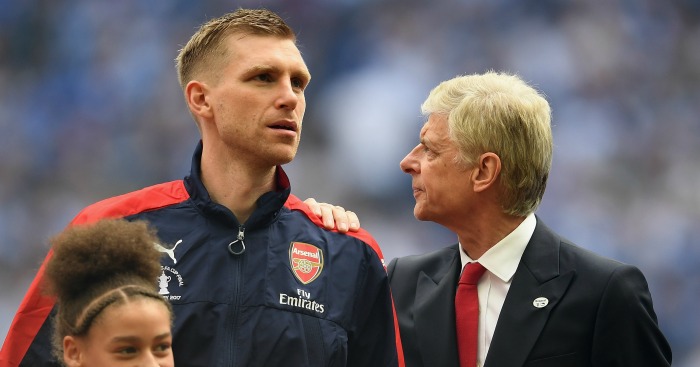 Arsene Wenger is known as one of the deepest thinkers in the game, but the Arsenal manager showed his more light-hearted side in an interview with Per Mertesacker.

Arsenal captain Mertesacker sat down with his manager in a round of ‘Emirates Rapid Fire’, and the duo discussed everything from music and films to fashion and pets, with Wenger clearly impressed by some of the defender’s tastes.

However, among the highlights is undoubtedly Wenger’s shocked response to Mertesacker revealing his favourite pet is not a cat or a dog but a guinea pig…