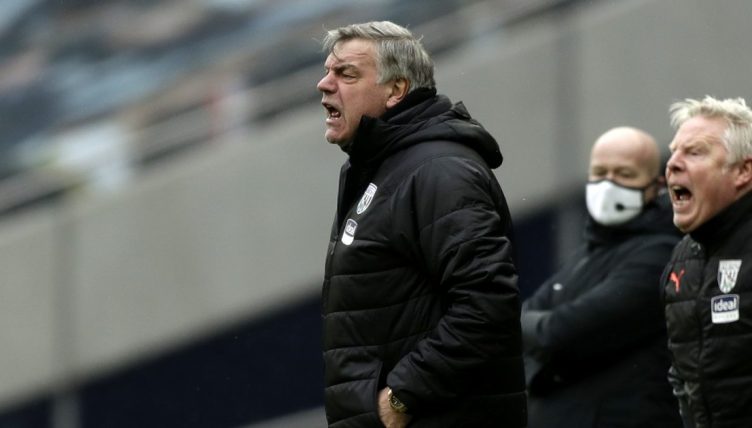 West Brom manager Sam Allardyce pretended to take-in a throw-in from the touchline during their defeat at Tottenham.

Bought in to save the club from relegation, it’s safe to say Big Sam hasn’t had the desired effect as of yet – his only win was a derby win at Wolves last month.

But Allardyce is about so much more than results, and he’s still proving good value on the touchline.

With his side losing 2-0 in injury time, the ball ran out of play towards the West Brom boss. Picking it up after some light foot-work, he pretended to take a quick throw-in before smiling and passing it to Matt Phillips.