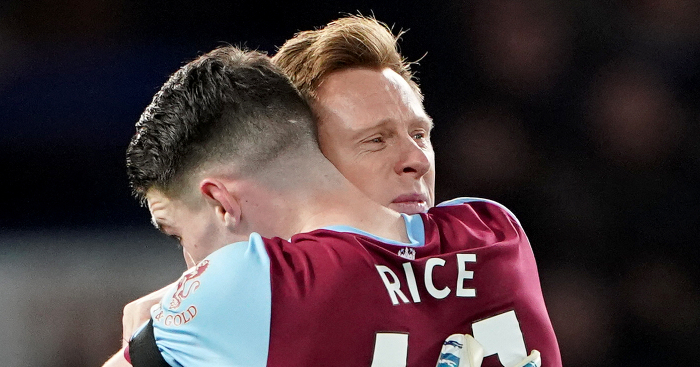 David Martin has had a long wait to make his debut for his boyhood club West Ham, but at the age of 33 he enjoyed a special game as he kept out Chelsea.

The Hammers enjoyed a shock 1-0 win at Stamford Bridge, putting an end to their dire run of form. Martin was brought in place of the much-criticised Roberto, who has made a number of high-profile errors in recent weeks, having deputised for the injured Lukasz Fabianski.

Martin was brought back to West Ham in the summer as the third-choice goalkeeper, having spent the vast majority of his career playing lower league football with MK Dons. At the final whistle, with the points secured, it was all too much for the keeper, who was swamped by his teammates following an excellent individual performance, making six saves.

Watch highlights of the game: