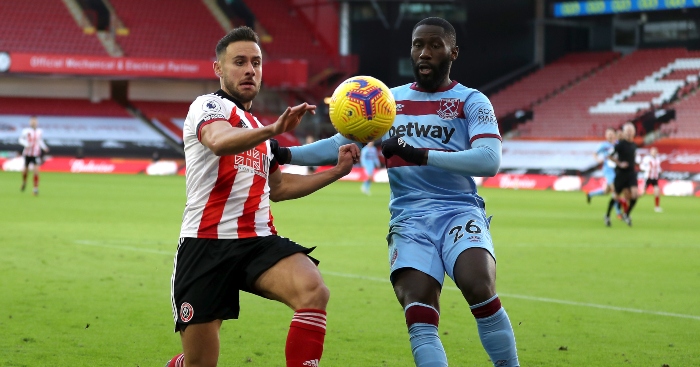 Sheffield United have had a loathing of West Ham ever since Carlos Tevez helped keep the Hammers up in 2007, condemning the Blades to relegation back to the Championship.

It may have been Sebastien Haller who stole the headlines in the two sides’ most recent match-up, scoring the only goal of the game as the Hammers triumphed 1-0, but Arthur Masuaku* provided his own moment of brilliance that will have had Sheffield United fans holding their heads in their hands once again.

The Democratic Republic of Congo international looked so nonchalant as he completely humiliated Chris Basham, while also forcing George Baldock to scarper back and cover the Pablo Fornals run that Masuaku had somehow spotted.

Masuaku can be frustrating with his defending at times, but the 27-year-old has the unpredictability with the ball at his feet to create the sort of moments that make the occasional lapses feel worth it.

Haller was the only player on the pitch to complete more dribbles than Masuaku, and with David Moyes’ 3-4-3 formation affording the wing-back added freedom, it is likely we’ll be seeing even more moments like this.

Masuaku is going to steal some souls and we can’t wait.

*Buy Arthur Masuaku and thousands of other players on Football Index. 18+, UK and Ireland customers only, begambleaware.org. T&Cs apply.