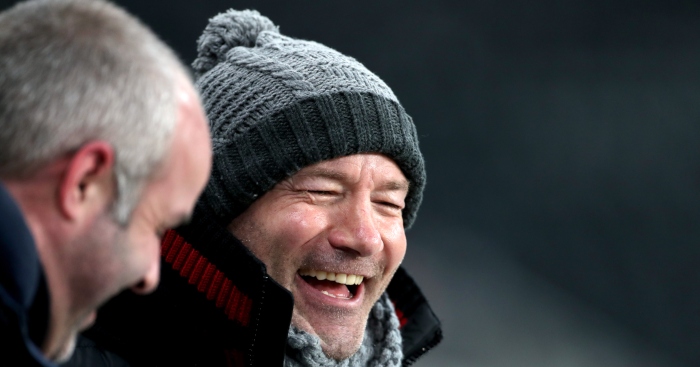 Alan Shearer caused a stir on social media on Tuesday after footage emerged of the former Newcastle United icon appearing to say Manchester United are “f*cked” live on TV.

The clip supposedly shows Shearer discussing United’s current predicament while being broadcast live on TV, during which he drops the expletive: “That’s where Ole wants to get to [to Liverpool’s level]. At the minute, in terms of football teams, Man United are f*cked.”

Such a gaffe was roundly shared to much hilarity at Shearer telling it as it is.

Alan Shearer telling it as it is!

But suspicion arose when it was pointed out just how quickly the video is cut after the supposed F-bomb.

And one Twitter user then posted the actual clip, in which Shearer said: That’s where Ole wants to get to [to Liverpool’s level]. At the minute, in terms of football teams, Man United are f-sorry, Man city are far, far ahead of where…”

Where are they now? The 23 Man Utd players to make one PL appearance