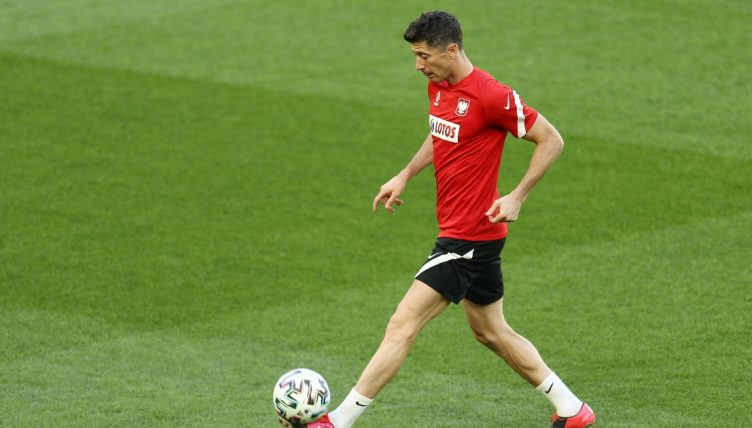 Going into the Euros with the best striker in the world is always a nice position to be in and, with Robert Lewandowski in their ranks, Poland boast that honour this time around.

The Bayern Munich marksman broke Gerd Muller’s long-standing Bundesliga record for most goals in a season in 2020-21, hitting the back of the net a remarkable 41 times as Bayern claimed another league title.

Unsurprisingly, the 32-year-old is also Poland’s leading scorer of all time and the hopes of a nation rest firmly on his shoulders this summer.

But some fans may well worry after seeing his latest foray in training.

With just days until they get their campaign underway against Slovakia, Lewandowski unleashed what proved to be a costly shot.

The experienced striker thought he’d try his luck with his weaker left foot, but only succeeding in sending his shot high and wide.

But it didn’t end there. The ball kept travelling until it hit the phone out of the hands of an unsuspecting spectator.