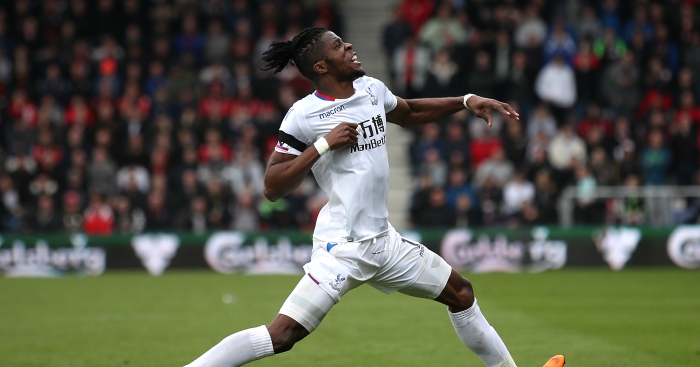 The winger has got back to his best this season, and showed just what he is all about when he netted his side’s second of the afternoon at Dean Court.

Palace had gone ahead through top scorer Luka Milivojevic’s free-kick, the Serb becoming the first Palace midfielder ever to make it to 10 goals in a Premier League season.

Bournemouth levelled when Lys Mousset swept home from the edge of the box, but parity did not remain for long.

Zaha was found in the area by Andros Townsend, but with a number of defenders facing him he was forced to turn away from goal and out of the 18-yard box.

A loose touch looked to have ended the danger, but the Ivory Coast winger pulled off a brilliant Maradona turn before rifling a left-footed strike into the top corner.