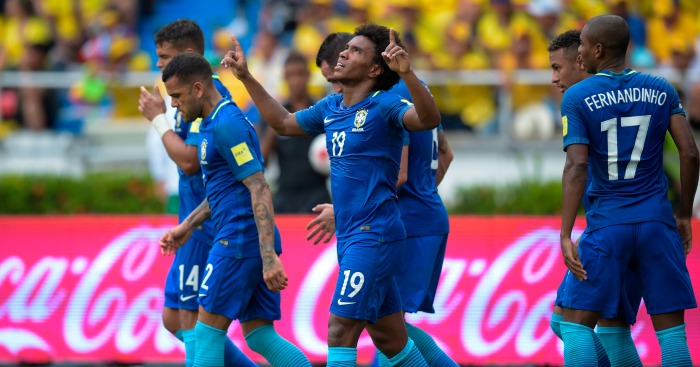 Willian looks in prime form to return to Chelsea following the international break having scored a sublime goal in Brazil’s draw with Colombia.

Brazil went into the match with a 100% record in World Cup qualifying under manager Tite but could only collect one point in Barranquilla.

Former Chelsea and Manchester United striker Radamel Falcao earned the hosts a draw with a second-half header, but it was Willian’s strike which grabbed the headlines.

After linking up with Neymar down the left, the 29-year-old lashed a brilliant drive into the top corner.

Despite dropping two points, Brazil are 10 clear at the top of South American qualifying with Uruguay in second and Colombia in fourth.

After a shaky start, Argentina find themselves in fifth.

Watch: Didier Drogba explains why he always scored for Chelsea against Arsenal

How do Danny Drinkwater’s 2016-17 stats compare to Chelsea’s midfield?