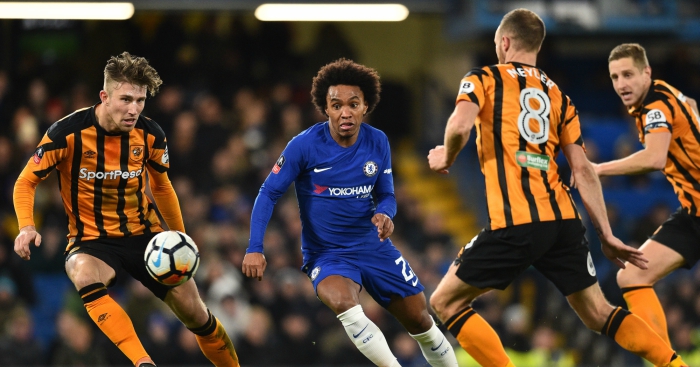 Chelsea eased to a 4-0 victory over Hull City in the FA Cup on Friday – and Willian certainly seemed to enjoy himself.

Willian opened the scoring after only two minutes to set Chelsea on their way to the FA Cup quarter-finals, in a display which has given Antonio Conte a selection headache ahead of the Blues’ Champions League clash with Barcelona.

Pedro made it 2-0 midway through the first half before Willian bagged his second of the game after 32 minutes.

Olivier Giroud wrapped up the scoring a few minutes before half-time with the first goal for the club.

Championship strugglers Hull must have known they were in for a long night when, less than 10 minutes into the game, Willian had already scored and was pulling out tricks like this.