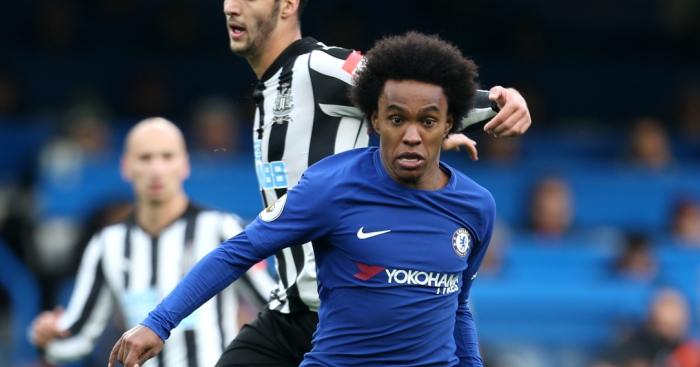 Eden Hazard may have been the star of the show as Chelsea beat Newcastle United at Stamford Bridge – but a cheeky moment from Willian caught our eye.

Newcastle took a surprise lead in west London in the lunchtime kick-off on Saturday, scoring after 12 minutes through Dwight Gayle.

Hazard levelled for the Blues less than 10 minutes later, before Alvaro Morata put the hosts in front just after the half-hour mark.

Victor Moses was brought down inside the area during the second half, allowing Hazard to grab his second with a cheeky Panenka from the spot.

The Belgian was denied the chance to complete his hat-trick, however, when he was replaced by Willian.

And the Brazilian went on to tease the beleaguered Newcastle defence with a slick elastico, reminiscent of his compatriot Ronaldo.