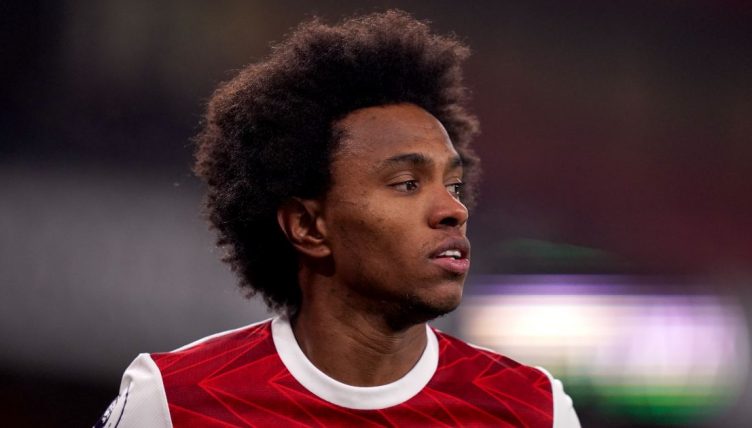 Willian continued to frustrate Arsenal fans and almost cost his side a goal with a terrible back pass during their 1-0 defeat at Aston Villa.

The Brazil international has underwhelmed since joining from Chelsea last summer, having not found the net in 22 appearances this season.

It’s not particularly surprising to discover that Willian has become something of a scapegoat among Arsenal fans on social media.

He has found himself out of the team in recent weeks but was given a chance to impress from the bench against Villa.

Collecting the ball from a goal-kick, he could’ve passed to Granit Xhaka or Martin Odegaard but dithered on the ball and soon found himself crowded out by Villa’s press.

Willian then attempted to find Gabriel but the pass was intercepted by Ollie Watkins, causing some frantic defending among the Arsenal backline.

Mikel Arteta sends Willian on to help us turn the game around.

Watch: Every touch from Martin Odegaard in lively Arsenal cameo